> What to Do When He is Addicted to Pornography
READY FOR A COMMITTED RELATIONSHIP? CHECK OUT "MORE THAN MATCHING"

What to Do When He is Addicted to Pornography In a Facebook group for men and women over 30, one of the men wrote:

Ladies, let's say that you FINALLY meet your guy. He checks all the boxes and there seems to be little imperfection about him. Your family loves him, as do your friends. It seems that he is that one very rare gem. It even so happens that he takes the knee and you say, “yes.”  Yay! You are getting married.

Then he drops a bomb on you: he has bouts with pornography (or lust). But here is the deal: he knows it's wrong and he is desperately trying to quit. He is willing to do counseling and whatever else is needed.

Would you call off the engagement because of this or do you vow to walk beside him every step of the way? I mean, it's obvious he wants to stop.

In another online group, a woman asked:

REGISTRATION IS OPEN FOR MY NEW CLASS "WHAT MEN WANT IN A WOMAN - WHAT WOMEN WANT IN A MAN." CHECK IT OUT AT SINGLEOVER30.NET/WANT 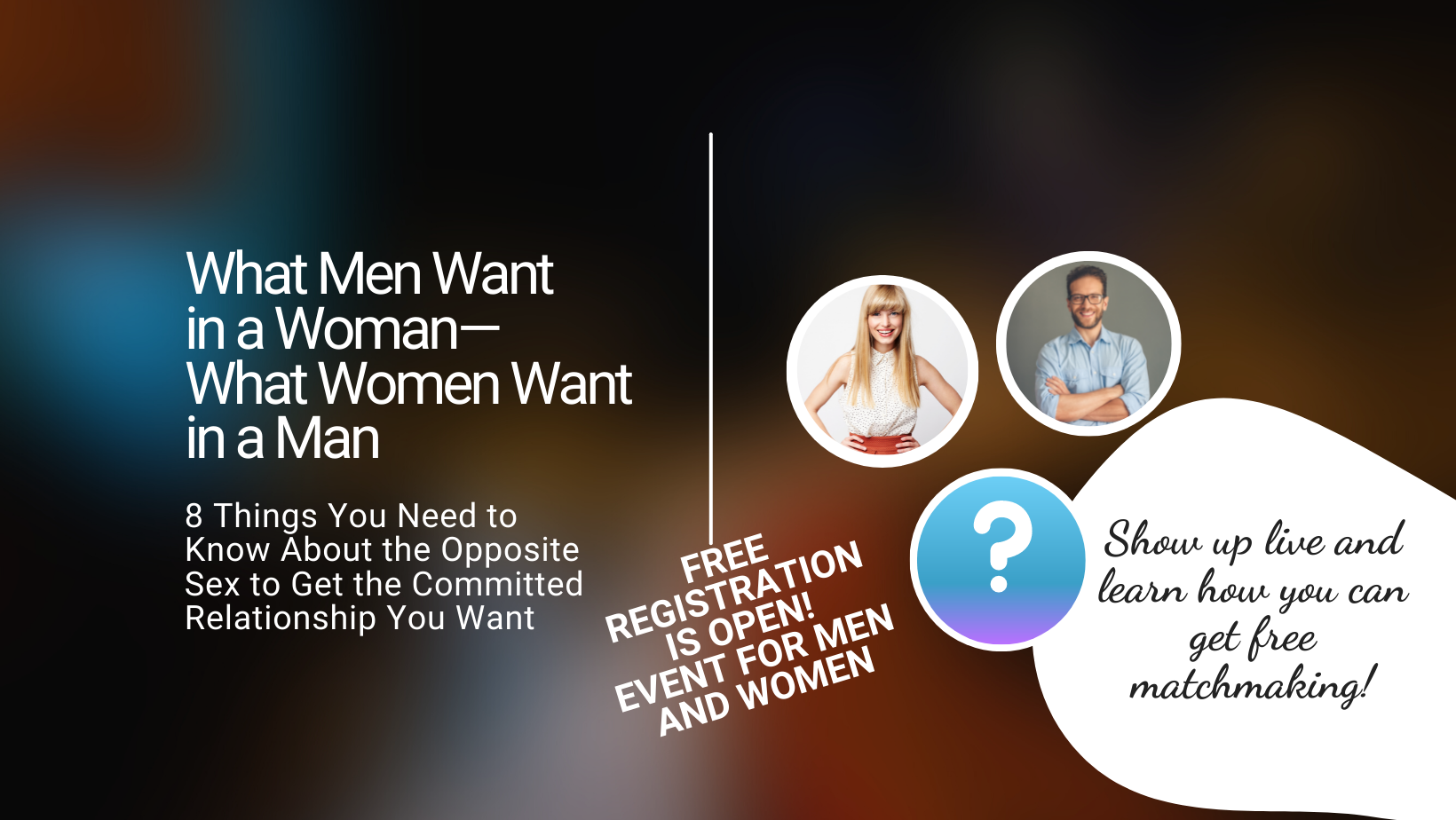 In answer to both questions, the first thing for any woman to realize is that pornography addiction is not about sex. It’s a symptom of an intimacy disorder – which causes someone to avoid deep, meaningful interaction with a real human being and replace it with impersonal sensual imagery.

Marriage doesn’t fix a pornography addiction, just as marriage won’t fix a heroin addiction, or an addiction to food or cigarettes.

A wise woman knows a man won’t overcome an addiction if she just loves him enough or is patient enough. A man’s change is a man’s job—and a woman can’t make that change for him.

Therefore, before moving forward in any commitment, I would seek counseling or therapy together—not only so he understands the root causes of his addiction, but so you understand the troubles that you could face in marriage and the role that you would play should you marry.

You would also want to get help prior to commitment so you could see that he is doing the work necessary to overcome his addiction. A relationship cannot move forward on a healthy footing and get a good start when an addiction is present. It complicates a relationship and makes blending lives in a happy, healthy way much, much more difficult—if not impossible—and here’s why:

First, you’ll wonder if you are enough

I have a dear friend who was married to a man for over 30 years. From the very beginning of their union, she sensed something was wrong. She eventually discovered he had a pornography addiction. Part of the problem is that she was made to feel that she wasn’t enough, that she wasn’t pretty enough or desirable enough.

Pornography takes the intimacy of real sex that is sometimes awkward, sometimes uncomfortable, sometimes all sizzle and sometimes like doing the dishes - that is done from a place of commitment and love - and turns into a fantasy that does not exist.

Pornography paints a picture of perfect partners and flawless sex. As one woman said, “When he looked at me, I felt ashamed, knowing I could never measure up to airbrushed images and a flawless Photoshop job.”

Pornography is as physically addictive as any drug. The addiction is based on chemical changes that occur in the brain as a result of prolonged exposure to stimulating sexual imagery. Because of the biological aspect of pornography, it’s tenacious, progressive, and destructive.

First, there’s the good guy, the one you would fall in love with, and you enjoy being with. The one who makes you laugh and who you thought you could trust.

Then, there could be the one who lies about his addiction, covers up his behavior, and won’t make himself accountable to people who can help him change.

Because anyone who struggles with an addiction is often dishonest, they will manipulate and make excuses which can—if you’re not careful—make you feel like you’re going crazy.

When Wanda married Steve, she didn’t know he had a porn addiction. Over the years she tried to talk with him about his problem. She worked to bring friends into their story to get him help. But like any addict, he lied to her and hid his addiction from her. Whenever she would bring up what she found on his computer, he would make an excuse, say it wasn’t his, or say that it was from before and that he hadn’t erased it. He would blame his problem on her. But not only did Steve lie to her, he would lie to anyone. He would say he was going to change, but he never did.

Finally, after years of making excuses for Steve, covering up for him, feeling bad about herself and suffering from a marriage lacking emotional intimacy, Wanda decided to divorce her husband.

That’s when he finally woke up. He had been lying to himself and lying to his wife for years and he never thought she would actually follow through with divorce. She was a good woman, faithful and kind. When she filed, it made him realize he had a big problem. Unfortunately, it was too late.

You’ll make excuses for him

It’s easy enough sometimes to lose yourself in a relationship with a man  you love if you struggle with people-pleasing. It’s even easier if you are empathetic and you lack the boundaries to understand what a man is responsible for, and what you are responsible for.

Pornography addiction can be overcome, if a man is willing to face the truth of his problem and get help.

But what you don’t want to do is make excuses about why he is doing what he is doing. That will only keep him stuck. It takes a strong woman with good boundaries to know what to do when she meets a man who has a pornography addiction. But I would advise not moving forward unless a man has made himself accountable to professional help, not just says that he wants to change. Intention is proven by action.

You are worthy of being loved and being loved well. And the dream you have to love and be loved is possible.

And remember to keep it sunny!

My Husband Joins Me for the Show: 3 Things Women Need to Know About Men
23 Questions to Ask to Tell if You're in a Toxic or Abusive Relationship
The Best Mindset to Find a Relationship in the New Year