> Single Over 30 With Shana Schutte
NEW, FREE CLASS OPEN FOR REGISRATION FOR WOMEN & MEN! "WHAT MEN WANT IN A WOMAN-WHAT WOMEN WANT IN A MAN"

One Secret That Can Help You Get the Love You Want 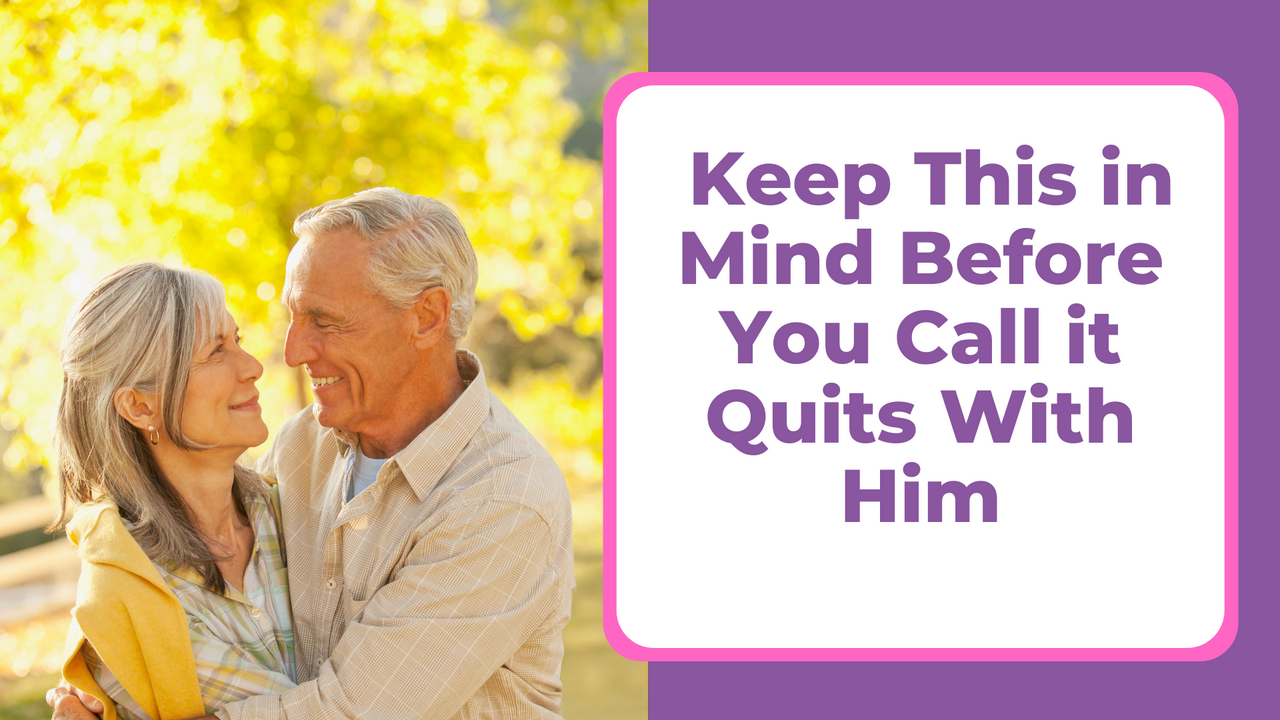 I recently listened to a Ted Talk by Brené Brown on the power of vulnerability. In her marvelous presentation, she said something that struck me.

People who have whole-hearted, vulnerable, intimate, connected, and close relationships only have one thing that separates them from people who don't have these kinds of life-giving relationships: they believe love is possible.

YOU CAN BECOME MORE ATTRACTIVE TO MEN, SIMPLY BY THE WORDS YOU USE. (AND YOU DON'T HAVE TO BE MANIPULATIVE!) CHECK IT OUT HERE: https://www.singleover30.net/talk 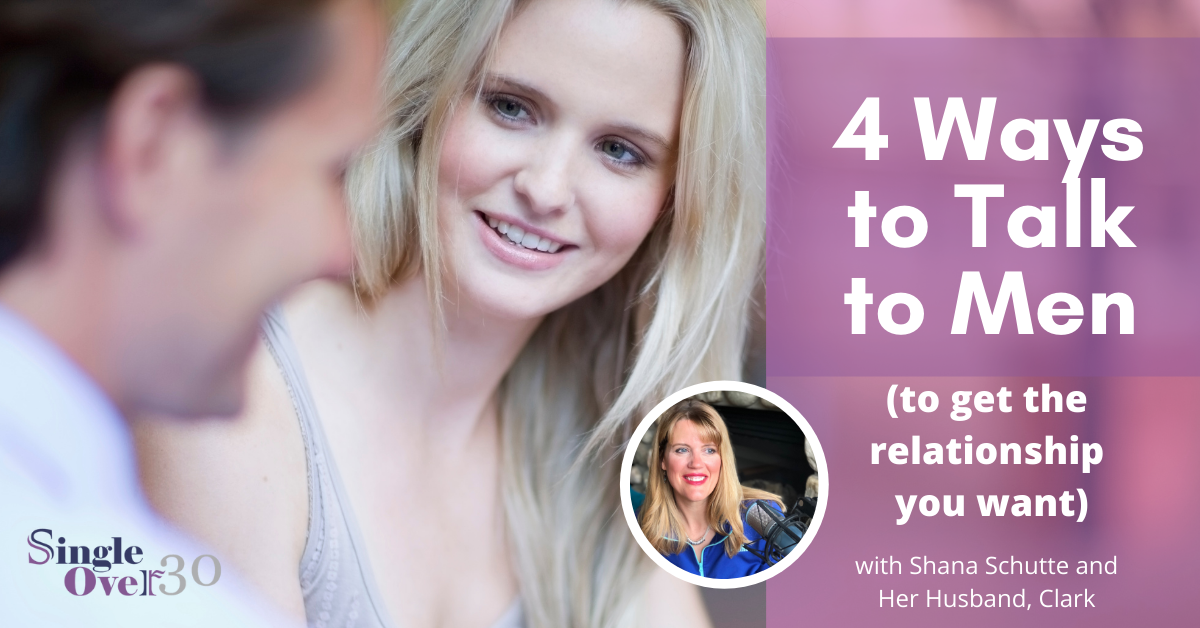 Believe you can get the love you want

When you hear this, maybe you're thinking, “Shana, I used to believe it was possible. I used to think it was possible to have a great relationship and to have the kind of love I've always dreamed of, but I've lost hope.”

I get it. It can be difficult to hold onto hope as you age. That said, here’s something important to consider: What if you did think it was possible? How would it affect how you behave?

For many women, when a man does something they do--or don’t--like, rather than press into the problem and ask for what they want, they end the relationship and walk away. They assume a man wouldn’t care to meet their needs.

But this never helps because all relationships are like Legos.

Relationships don’t come assembled “out of the box”

I work with many women who always feel their desires are denied. So, they feel as if they won’t ever get what they want. Therefore, they naturally believe if they speak up and ask for what they need in a relationship that the man they are seeing will say no. Sometimes it's easier to think, “Well, I'm not even going to ask because asking and being denied is just too much to handle.” It feels like rejection. So, rather than try to work it out, they believe, “This relationship isn’t right for me.” This can be problematic because relationships are like Legos. And, the courageous people Brené Brown talks about, who understand that love is possible, understand that relationships don't come assembled out of the box. Like Legos, you have to put them together.

Relationships always require negotiation now and then. So, if a woman believes that love is impossible, it could cause her to walk away from a relationship that could be good, rather than work things out when things aren’t perfect. I’m not talking about ignoring red flags or staying with a guy who is manipulative, abusive, wants to use you, or is narcissistic. That’s the kind of guy you do want to walk away from. I'm talking about communicating with a guy who is generally a good man, and with whom you will occasionally have some misunderstandings, as all couples do. Remember relationships are like Legos and you want to “press in,” to work out problems rather than pull away, shut down and think, “Oh, I should just dump this guy.”

Conflicts and misunderstandings are opportunities for greater intimacy

I recently coached a woman who’s been communicating with a guy on a regular basis. They've been talking over text and Zoom but over time, she started to feel as if this guy wasn't meeting her needs.

Her love language is Words of Affirmation, so when he wasn’t responding to her texts the way she needed, she felt he didn’t care. What did she decide to do? She decided to call it quits. In her mind, it just wasn’t going to work out. She was just going to drop him without discussing the problem with him.

I talked with her a bit and let her know that regardless if the relationship works out or not, this was her opportunity for a closer relationship to develop.

“If something does work out, that's great, but he may not even know that he's not meeting your needs or that he's not doing what you want ,” I said. She ultimately decided she needed to press into the problem  and communicate her needs to him instead of just dumping him without giving him a chance to talk it out

We're often quick to judge because we're afraid of a relationship not being perfect or we’re afraid of rejection. So, we don’t “press into the problem.” When this happens, we don't recognize that conflicts or misunderstandings in a relationship are actually opportunities for greater intimacy to develop. When the woman I mentioned talked to her guy, he admitted he had no idea he wasn’t giving her what she needed! He thanked her for expressing her wants, desires, and emotions to him. As a result, they're still seeing each other.

But what if she had walked away? What if she just said, “Sorry, he's not doing what I want. I just can't live with that. And so I'm going to dump him.” It would have been game over.

I recently coached another woman who had a misunderstanding with a guy.  She believed they had two very polar opposite beliefs about a very particular issue. She knew that was a deal breaker. She decided to call him the next day and let him go. When she called and explained her perceptions to him, she realized she had completely misunderstood him.

Remember, relationships are like Lego's. And if we’re too afraid to press into misunderstandings, differences, or problems, we may sabotage our relationships.

The next time you have a relationship problem, and you want to drop the guy you’re seeing or getting to know without really understanding where he's coming from, ask yourself, “Is this something I need to address before I move on?”

I once coached a man who had been seeing a woman. Things had been going well. They had shared their love languages with one another, but one day he did something that didn’t speak her love language. She got mad and she dumped him. Just. like. that. And he felt really bad because he really, really liked her.

There were a couple of things going on here: First, maybe she wasn't interested and so she used this scenario as an excuse or reason to drop him. Next, she may have been coming from a place of distrust. Regardless, if she were interested it would have been better for her to move toward him and say, “ I really appreciate seeing you. I'm enjoying getting to know you. Here's something that I would really love if you would do. . . it would just make me feel really honored and help me know that you really care about me and make me feel emotionally safe with you if you would ___________________”

When you affirm a man and then ask for what you want in a gracious way, he will be more likely to respond to your needs if he cares for you. This breakup could have been prevented if she would've moved toward him and asked for what she wanted instead of just cutting him off and dropping him.

The next time a problem or a conflict happens in a relationship, don't just walk away. Do a little investigation, find out what's going on, “press in, ”ask questions, with humility and grace and see what happens. You may find that you are closer with your guy than ever before.

Head on over to singleover30.net/talk to check out a video that my husband and I have made for you about how to talk to men, called “4 Ways To Talk to Men (to Get the Relationship You Want).”

And remember the dream that you have to love and be loved is possible!

What to Do When He Was Awesome--and Then He Changed
The #1 Most Important Factor for a Long-Lasting, Happy Relationship
Three Things You Should Never Say to a Man